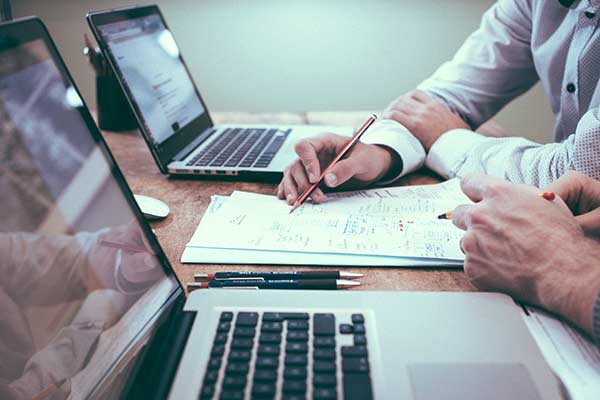 The two principal methods of restructuring corporate debt in Ireland are (1) examinership and (2) scheme of arrangement.

In this article, we outline both processes.

Examinership is one of Ireland’s key rescue processes for insolvent companies.

The 100 day maximum timeframe cannot be extended and is laid down by the Companies Act 2014 (the “2014 Act”). In fact, the statutory period is 70 days, but this can be extended by the Court on application to 100 days. In practical terms, extensions are very common and practitioners often view 100 days as the examinership period.

An insolvency practitioner, (who is the “Examiner’), is responsible for reviewing the financial position of the company and formulating proposals for a scheme of arrangement to ensure the survival of the company and all or part of its undertaking as a going concern. The proposals for a scheme of arrangement typically provide for a write down of debt across various classes of creditors, including secured creditors, in conjunction with fresh investment.

This scheme will often involve new investment either from existing stakeholders or third parties. Where a number of parties express an interest in investing in the company, the Examiner may select whichever party he believes will offer the greatest prospect for the company’s survival as a going concern. The courts have been very clear that the process is not intended or designed to protect shareholder interests. This will invariably result in the shareholders of a company losing control of the company.

It is separate and distinct from the examinership process (and the schemes of arrangement used within that process). One key difference is that its deployment neither requires that a company is insolvent nor that the company has a reasonable prospect of survival if it is insolvent. On the other hand, this is a necessary prerequisite of examinership, and which results in lengthy expert reports being commissioned and put before the Court.

In order for a scheme of arrangement under Part 9 of the 2014 Act to take effect:

Whilst it is possible to convene the initial meeting of creditors without any prior order of the High Court, where the members or creditors cannot be readily classified or a high value scheme is being implemented, it is possible to apply beforehand to the High Court for an order convening the meeting.  This should be considered where there is any ambiguity, as any incorrect constitution of the classes of creditors could result in the scheme being subsequently refused by the High Court, thereby resulting in the failure of the scheme.

Another consideration is whether the company requires protection from its creditors whilst the scheme is being proposed. Section 451 of the 2014 empowers the Court to stay all proceedings, in a similar manner to the protection afforded during the examinership period. This may be done “as the court deems fit” and no specific time period is prescribed in the 2014 Act. An application for this protection could be made on the Court being asked to convene the meeting.

Therefore, in practical terms, a successful scheme may involve three steps being the initial application to the High Court to convene the meetings of classes of creditors/ members, secondly the meetings themselves at which the scheme is proposed, and thirdly the subsequent application to Court to sanction the scheme.

The applicable test that the High Court will consider in considering whether or not to sanction the scheme was set out by Mr Justice Kelly in the case of Re Colonia Insurance (Ireland) Ltd [2005] 1 IR 497 (“Colonia”).  Kelly J. out the following five criteria required to be satisfied in order to sanction a scheme being that:

The fifth of the above criterion is often the most open to subjective determination by the High Court. In the Colonia case, Kelly J. stated that the Courts should be slow to differ from the vote at the relevant meeting. Kelly J. stated that the court should only differ from the majority if it is satisfied that an honest, intelligent and reasonable member of the class could not have voted for the Scheme. The onus is on the objecting creditor to establish this and it must do so on balance of probabilities.

Whether a company should restructure its debts through the examinership process or a scheme of arrangement will always depend on the particular circumstances.

The following factors will need to be considered: